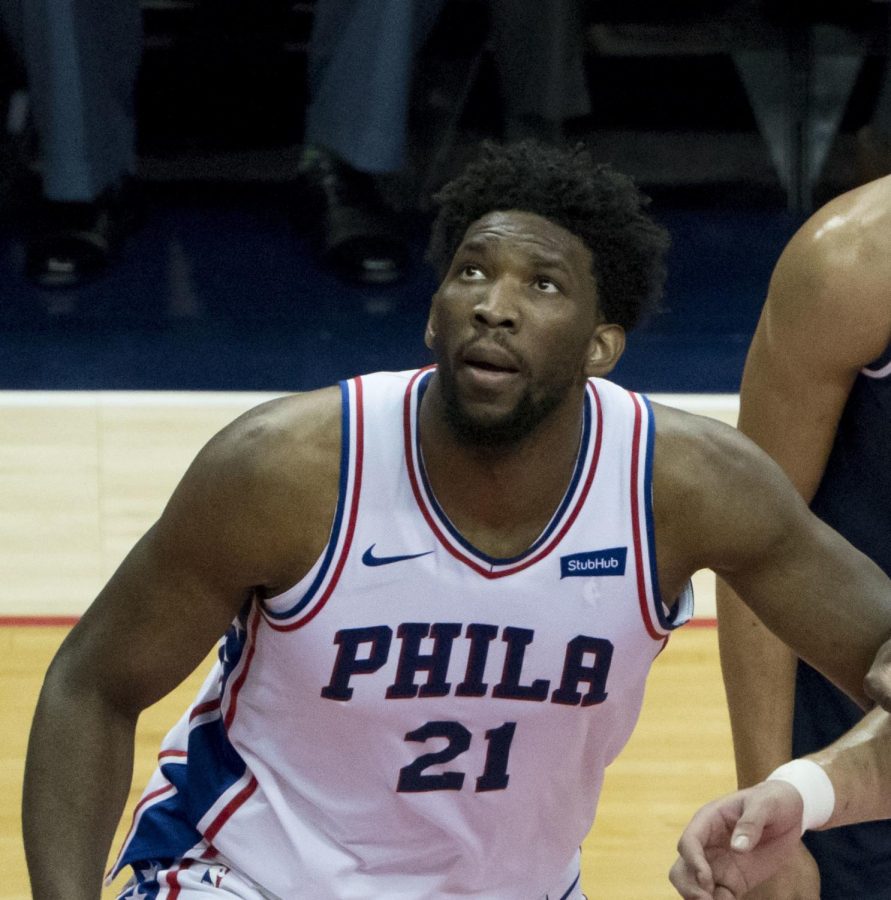 Sixers’ Joel Embiid boosts his MVP campaign, scoring 50 points in a 112-105 win against the Chicago Bulls!

Last Friday, the Sixers played the Chicago Bulls on the second of their two-game home stand, after returning from a miserable 1-3 West-coast road trip. It would be a tough game for the Sixers, as neither Ben Simmons, who had had a  42-point near triple double against the Jazz two games prior but was now suffering from a non-Covid-relatad illness, nor backup point guard Shake Milton, recovering from an ankle injury, were available to play; Simmons’ all-NBA defense, and the shot-creation Milton typically brings off the bench for Philadelphia, would be greatly missed.

Replacing Simmons in the starting lineup was the defensively-minded second year guard Matisse Thybulle. Coming off a four-steal performance in the previous game against the Houston Rockets set the stage for an exciting matchup between Thybulle and star Chicago shooting guard Zach Lavine. Lavine, having an All Star-caliber season (averaging 29 points, 5 boards and 5 assists, while shooting 38% from three point range), was unusually quiet in the first half the game, thanks to the Sixers smothering defense in general, and Thybulle, who made his impact on the defensive side of things almost immediately, racking up three blocks and numerous deflections.

“Matisse was like the secret sauce tonight,” commented Sixers head coach Doc Rivers, “people are gonna look at his line, and they’re not gonna see much. He had two points, but he was so huge tonight defensively. When you can get away with not double-teaming Zach Lavine in the game, which helps your defense all around the floor, it makes you a much better defensive team.”

Though Thybulle’s defense largely kept Lavine in check until the 4th quarter, MVP candidate Joel Embiid was the real star of the show. With Embiid’s size, footwork, and soft shooting touch, there are only a small handful of NBA players who can hope to slow him down — and Chicago’s Wendell Carter, Jr., is not one of them. The four-time All Star got to the line at will, earning 15 of his eventual 50 points at the charity stripe in just 17 attempts, and also saw one of his most impressive showings from midrange, making 15 out of 24 attempts; a rarity from a big man.

“If you’re going to crowd me, I’m going to find my way to the free throw line or I’m going to end up at the basket,” said Embiid in a post-game press conference via the 76ers website, “If you back up on me, I’ve got the hesi — that hesitation shot — and my favorite, just a pull-up shot.”

The amazing showing from Embiid, which brought his season averages up to 30 points, 11 rebounds, and 3 assists per game, puts Embiid at the top of the MVP shortlist with players like LeBron James of Los Angeles and Stephen Curry of Golden State. Embiid’s stellar play is being recognized on a smaller scale, too, though, especially in the locker room.

“When they’ll ask me who is the best player I ever played with, I’ll say Joel Embiid. It’s an honor to be out there with him on the floor,” said Tobias Harris in a post-game press conference, according to ESPN.