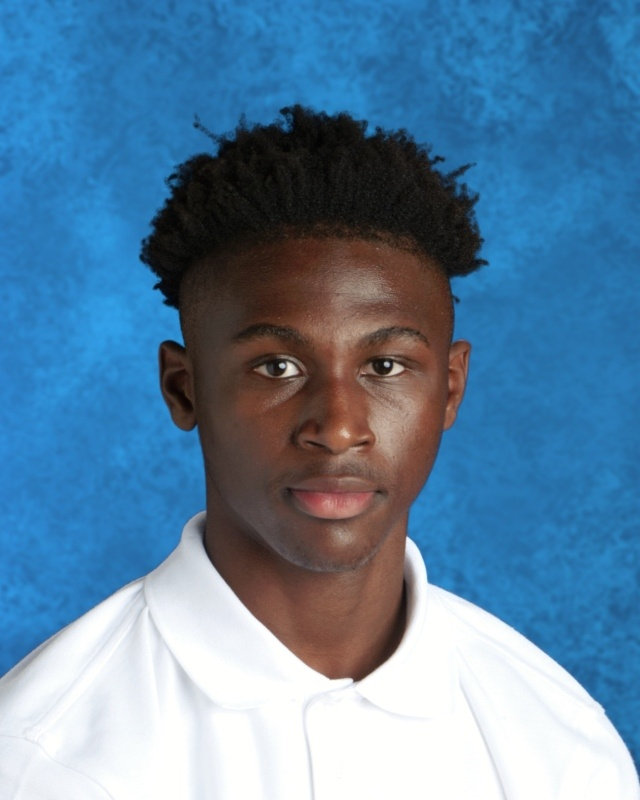 While COVID-19 has disturbed the normalcy of the academic school year, freshman Su-meer Alleyne says he has remained focus on his academic work while also playing on the varsity boy’s basketball team.

“The transition from middle school to high school has been very smooth,” Alleyne said. “My grades have been going in the right direction all year and I take my classes seriously.”

Although some students may find school especially difficult this year because of the hybrid schedule in which they alternate between in-person and online instruction,  Alleyne said his classes are manageable, even while playing basketball.

“It is not hard for me to learn online because I stay focused and pay attention,” Alleyne said. “I know when and how to communicate to all my teachers and I tend to do it if there is a problem. The only issue I have encountered is if the internet is messing up.”

Alleyne had good things to say about taking part in the basketball program, too.

“Our basketball practices are very enjoyable,” he said. “Even though I am not participating in all the activities we do in practice due to injury-related reasons, I am learning a lot from my fellow teammates and coaches. I get to see the mistakes and good things my teammates do so when I am back I know what is expected from me.”

Alleyne keeps his eye on the upperclassmen in particular.

“The older players have also taken the initiative to keep a positive attitude on and off the court,” he said. “They have been making sure practices are fun but also challenge us to prepare for the other teams. Players like myself are always made aware of how serious playing on the varsity team is and also what is expected of you.”

Many students and players were upset and discouraged to hear that there would be no fans allowed to attend physically. Although the school has done an astonishing job with the live streams, the team’s energy has been affected.

“I think we would be winning more games if the crowd was present,” Alleyne said. “During the second half of the game, a lot of players need that extra motivation to not give up and understand that there is still time on the clock.”

Alleyne had some words of wisdom to share with younger players and also those who were affected by the coronavirus.

“Work hard on and off the field,” he said. “You never know what could happen and who is paying attention…I want to become a part of the National Basketball Association (NBA), and that’s what kept me going.”

“Keep following your dreams and don’t stop until you’ve reached them,”  he said.