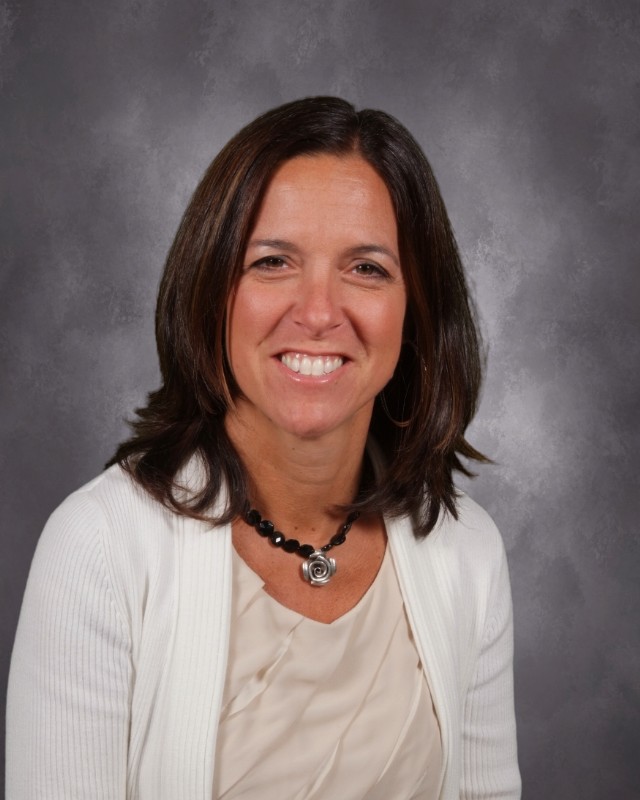 Archbishop Carroll’s new president, Dr. Patricia Scott, already has made changes on campus since her July debut and has more plans for the school, including improving the campus.

Dr. Scott prioritized safety and security when it came to the new things implemented on the school’s campus, which led to improvements in lighting and video camera surveillance as well as in landscaping. During the summer, Dr. Scott cut down a lot of the shrubs, bushes, and large plants surrounding the school doors and the perimeter of the campus to ensure the safety of those who are at Carroll at night.

“I didn’t like that there were students and staff leaving at night and not being able to have a clear vision to their car,” Scott said.

Aside from safety concerns, Scott said she wanted to enhance student spaces. For example, Dr. Scott upgraded the library with new seats, couches, and tables.

“I reimagined the library, and I’m still working on it,” Scott said, “I still have to get the band out of there, which is going to happen by the end of this month.”

Dr. Scott said the band will move into Room 200, which will be soundproof.

Furthermore, Scott revamped the courtyard, which is the outdoor space in between the library and the auditorium.

Future property improvement plans include remodeling the auditorium by removing and replacing the seats and adding a new ventilation system. Dr. Scott said she also wants to renovate the fields. She offered no timeline on when that work would happen. It all depends on raising money.

“For us, the money that we want to raise is focused on student support, then we’ll go to capital campaigns, which is redoing big projects like the auditorium,” Scott said.

Dr. Scott mentioned that there has to be a better job at raising funds to provide enough scholarship money. Reaching out to the alumni is one of the ways Dr. Scott plans to raise funds. Updating the alumni database and giving alumni more of a reason to donate money is essential, she said.

“My goal is to raise money to support students who cannot afford this education but deserve it as much as anyone else,” Scott said. “That’s really important to me and it’s important to the mission of this school. That’s why Catholic schools were formed.”

“Grayson provides income for the school, ” Dr. Scott said. “That being said, there will be no more space allocated towards Grayson. The goal is for Carroll to ultimately not need an additional income.”

“That’s how we turn on our lights every morning; it pays the electrical bill, it helps pay salaries for employees, it pays for the computers in the technologies that we all have, including students,” Scott said. “It pays for everything we need to keep this building running,”

Although her job focuses on the business side of Carroll, Dr. Scott said that she wants to makes sure that she is present at school events to become more involved with the student body.

“It’s hard when you’re president because my role is to really be outside, to be the face of Carroll for the outside world, and to run the business side of Carroll,” Scott said. “Now, I can’t help it, I’m an educator and I’ve been a principal for a very long time. I’m very interested in every student’s academic experience, too.”

Before Archbishop Carroll, Dr. Scott was a principal at St. Edmond’s in Wilmington, Delaware, for 13 years. Scott then resigned, saying she needed an educational break, and worked for a nonprofit called The Beau Biden Foundation for the Protection of Children.

“In my second year, I already knew I wanted to go back into education,” Scott said.

Even during the interviewing process, Dr. Scott knew she would love to work at Archbishop Carroll.

“Once I started interviewing, I just really liked everybody,” Scott said. “Everything clicked.”